Day 5: “I Beg to Present to You the Gift of Savannah…”

It was painful to drag myself away from Dr. Bob and Milledgeville, but my longest drive beckoned. I had three hours of rural Georgia ahead of me—towns with names like Black Creek, Willie, and Social Circle, each with one or two hundred people. The rolling hills rolled by without gas stations, billboards, or anything else to mar (or enliven) the landscape.

I finally pulled into Savannah at dusk, and after checking into the Hyatt, I strolled the waterfront. A gigantic container ship from Hong Kong slid gracefully by. Then it was time to write, stretch, and sleep. 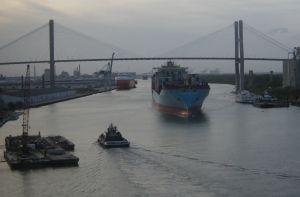 The next day, I met Kelse, my guide for the day. He tried to stick to the civil war, but in a history-rich place like Savannah, it was impossible.

The story begins in 1732 when Georgia is founded by British philanthropist, member of Parliament, and social reformer James Oglethorpe. When he arrives with some 100 Europeans, he immediately becomes lifelong friends with local Creek Indian chieftain Tomochichi, who gives him land to build Savannah. 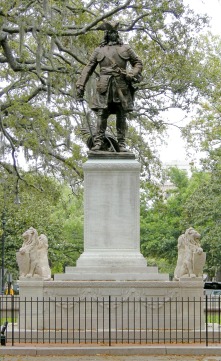 Oglethorpe divides the city’s land into open squares surrounded by houses, churches, and shops. This open-space-based-grid is unique in America, and gives Savannah a wonderful airy yet intimate feel.

I walked the town (population today less than 200,000), stopping in the various squares to admire the statues, greenery, and houses. Here was John Wesley, founder of Methodism. There was William Washington Gordon, who quit as Savannah’s mayor to start Georgia’s first railroad. And over there was the house in which Gordon’s granddaughter Juliette Gordon Lowe was born. Lowe later began the Girl Scouts. 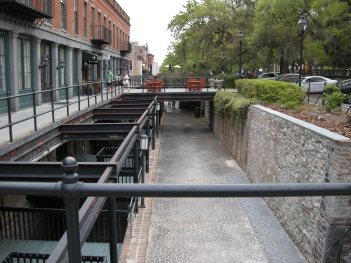 The city’s location on the Savannah River destined it to be a merchant city. I saw the clever way warehouses were built below the river front street to ease loading and unloading cargo.  And I saw the gorgeous red brick Cotton Exchange Building, eventually the cotton trading center of the world, where world-wide prices and quality standards were set. 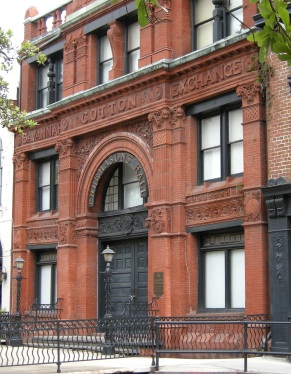 On December 10, 1864, Sherman arrived here with some 60,000 men. Ten thousand confederate soldiers had dug into fortified positions after flooding the area’s rice fields to limit his access into the city.

After a short battle at nearby Fort McAllister Sherman’s cavalry prevailed, and he was reinforced by the Union navy and artillery. Sherman offered surrender terms to Confederate General Hardee. Rather than fight or surrender, Hardee and his men escaped under cover of night.

The next morning Mayor Richard Arnold led a civic delegation offering the keys to the city if Sherman would protect Savannah’s people and property. Sherman accepted and occupied the city. I sat in front of the elegant house in which he lived and worked. 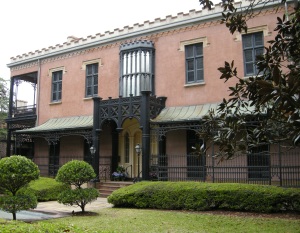 On December 21, Sherman telegraphed to President Lincoln, “I beg to present you as a Christmas gift the City of Savannah, with one hundred and fifty guns [cannons] and plenty of ammunition, also about twenty-five thousand bales of cotton.”

As he had promised Grant and Lincoln, Sherman had indeed marched to the sea.

This entry was posted in American history, Civil War. Bookmark the permalink.